Since the 1970s, crash test dummies – mechanical surrogates of the human body – have been used to determine car safety. The technology is used to estimate the effectiveness of seatbelts and safety features in new vehicle designs. Until now the most commonly used dummy has been based on the average male build and weight.

However, women represent about half of all drivers and are more prone to injury in like-for-like accidents. The dummy that is sometimes used as a proxy for women is a scaled-down version of the male one, roughly the size of a 12-year-old girl. At 149cm tall (4ft 8ins) and weighing 48kg (7st 5lb), it represents the smallest 5% of women by the standards of the mid-1970s.

A team of Swedish engineers has finally developed the first dummy, or to use the more technical term – seat evaluation tool – designed on the body of the average woman. Their dummy is 162cm (5ft 3ins) tall and weighs 62kg (9st 7lbs), more representative of the female population. So why have safety regulators not asked for it before now? 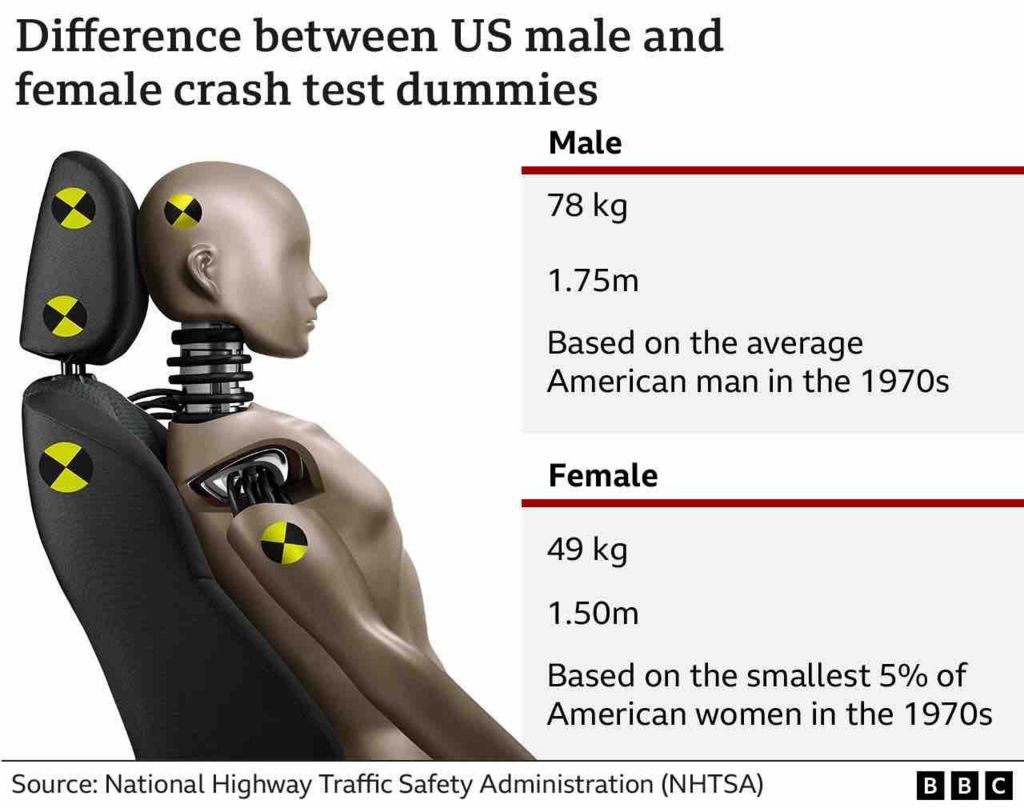 When a woman is in a car crash she is up to three times more likely to suffer whiplash injuries in rear impacts in comparison with a man, according to US government data. Although whiplash is not usually fatal, it can lead to physical disabilities – some of which can be permanent. It is these statistics that drive Astrid Linder, the director of traffic safety at the Swedish National Road and Transport Research Institute, who is leading the research in Linköping. 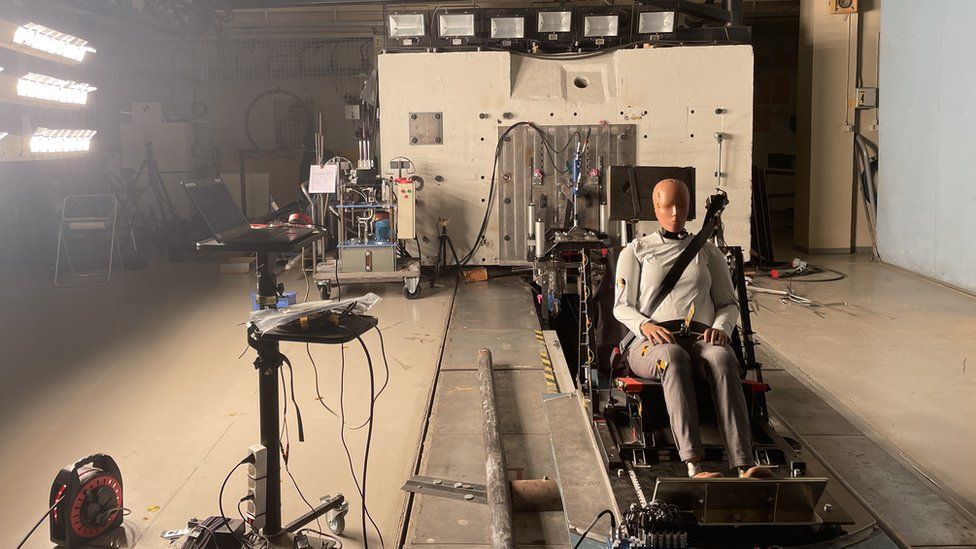 “We know from injury statistics that if we look at low severity impacts females are at higher risk. “So, in order to ensure that you identify the seats that have the best protection for both parts of the population, we definitely need to have the part of the population at highest risk represented,” she told the BBC.

The UN is examining its regulations on crash testing and will determine whether they need to be changed to better protect all drivers. If changes are made to involve a crash test dummy representing the average female, there is an expectation that women will one day be safer behind the wheel. “My hope for the future is that the safety of vehicles will be assessed for both parts of the population,” Dr Linder said.

Read the BBC article on how technology could make vehicles safer for women and watch the video: