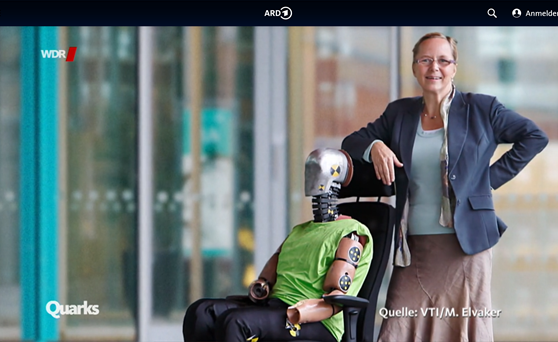 In medicine, women and men should not be treated equally. Whether symptoms of illness, the occurrence of illness or the side effects of drugs – Quarks shows where it is vital to pay attention to differences between sexes. And why women have been disadvantaged in medicine for so long.

This was the topic of this edition of Quarks, a broadcast by the German WDR.
It can be viewed online »

Starting at 39m22 gender equality in crash testing is being discussed, giving attention to a part of Astrid Linder’s reasearh; EvaRid – the female crash test dummy.