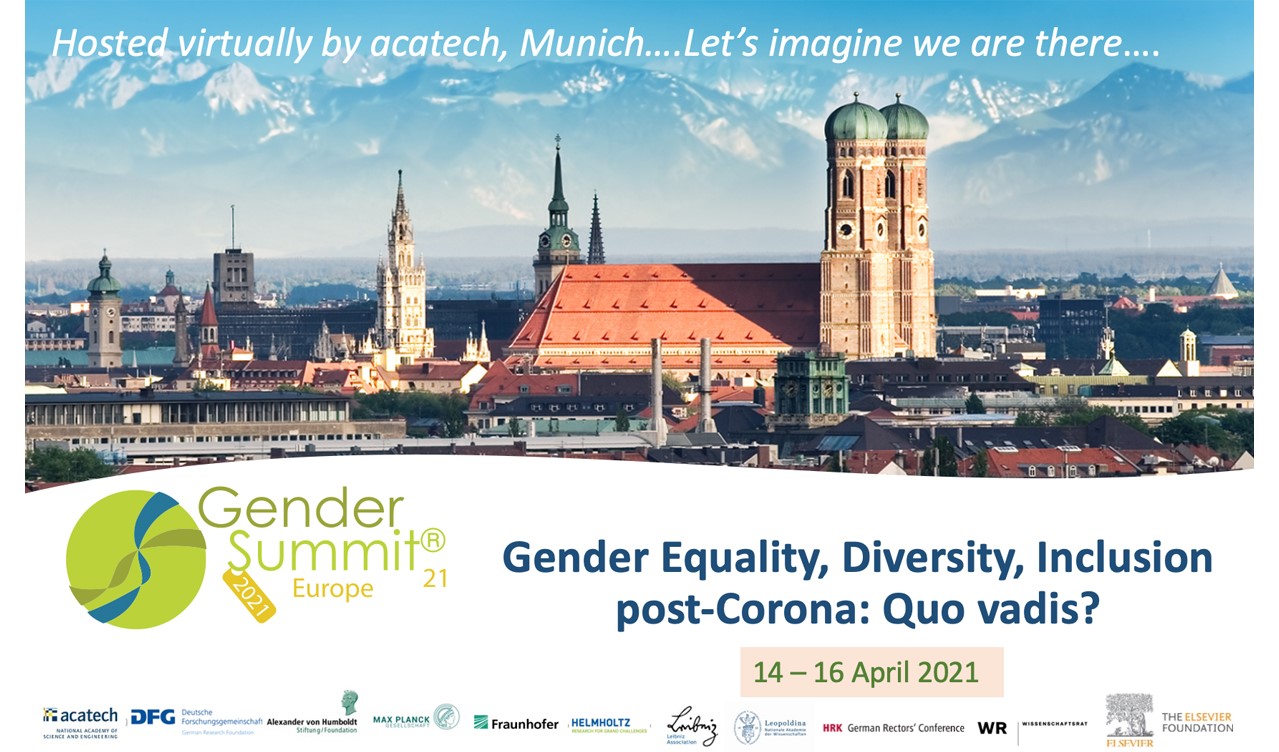 The 21st Gender Summit will take place online on 14-16 April. It will mark the 10th anniversary of the founding of the Gender Summit platform. The EU policy to advance gender dimension into research, and gender equality into R&I participation, has been strengthened in Horizon Europe and similar science policy innovations have been introduced by Member States, e.g., in Germany and Netherlands, as well as beyond Europe, for instance in Canada, USA, South Korea and Japan. But the GS21 programme also warns of the risks of re-emergence of gender stereotypes (magnified by the COVID-19 pandemic) and of interferences to hinder academic freedom (e.g., the ban on gender studies in Hungary).

The theme chosen for GS21 is “Gender Equality, Diversity, Inclusion post-Corona: Quo vadis?” The programme helps explain these concepts and the connections between them in the context of science knowledge-making. The impact of the pandemic on science and academic institutions, the full effects of which are yet to be felt, will be discussed by several speakers. A number of science leaders have recorded video statements to explain the steps they took to address the effects of the crisis on researchers, and women in particular, including: Katja Becker, the President of DFG; Reimund Neugebauer, President of Fraunhofer; Otmar Wiestler, President of Helmohltz Association; Martin Stratmann, President of Max Planck Society; and Hans-Christian Pape, the President of Alexander von Humboldt Foundation.

The programme for GS21-Europe involves 120 researchers, gender experts, and policy specialists organised into 16 panel and keynote sessions, and 8 training workshops. We very much hope that you will join us there and will continue supporting the Gender Summit platform to help shape the ‘Quo Vadis’ of the next 10 years.

Astrid Linder will present VIRTUAL during the workshop on standards:  ‘Gender Responsive Standards and Car Safety’.